The Great Lakes Central (GLC), originally called the Tuscola and Saginaw Bay Railroad (TSBY), is a regional railroad in the state of Michigan. Operations for the TSBY began in 1977 and continue as of this writing. The photos in this section focus on the details of locomotive #391, City of Owosso, as the locomotive appeared in the summer of 2007. Many thanks to the GLC for supporting the NMRA in providing safe access to the service facility and overall gracious hosting of our tour group.

The GP35 was manufactured by General Motors Electro Motive Division, as a 4-axel diesel. The power inside the locomotive is a EMD 567D3A 16-cylinder engine that could generate 2500 horsepower. A total 1250 locomotives were built for American railroads, 83 were built for foreign railroads. (Wikipedia)

Modelers and rail-fans generally categorize locomotives into phases. The phases designate changes in components that that occur during the manufacturing run of the locomotive. The manufacturer does not determine what phase a locomotive is, the community uses phases to discuss specific locomotive details. The phase information for #391 was referenced from the Diesel Modeler’s Mailing list by David Thompson.

The phases for locomotive #391 is likely Ia2 – Ib1 as noted by the three latched engine doors on the side of the locomotive. Locomotive #391 is equipped with Type B trucks salvaged from Alco FAs that the railroad traded in. The engine does not have dynamic brakes. 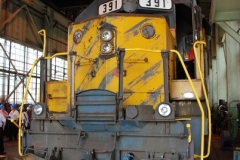 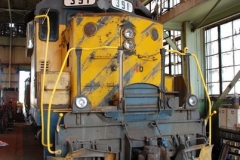 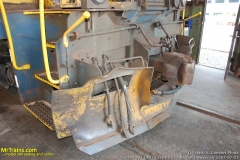 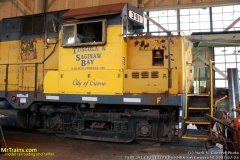 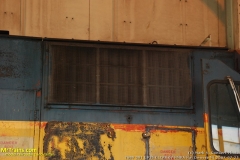 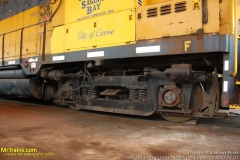 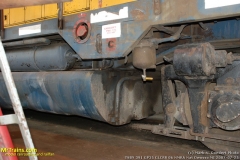 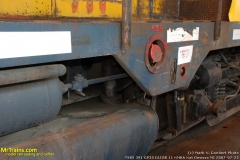 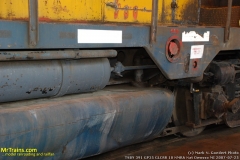 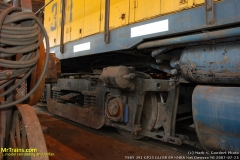 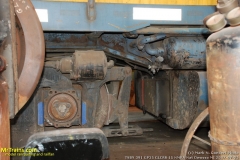 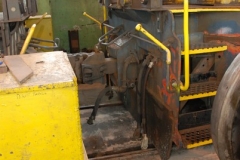 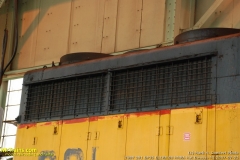 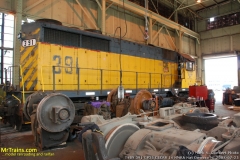 More information on the TSBY can be found in the March 1984 issue of Railroad and Railfan by Bob Wise.

The reference is intended as a reference for modelers to accurately reproduce the locomotive in model form. This information is provided as a service to modelers with no guarantee of suitability or warranty implied. Background information regarding the history of the locomotive, GLC and affiliates was gleaned from various sources on the internet and serve as a means to place the locomotive in context. Deeper research may be needed to verify the accuracy of this information. If you have additional information that you feel could enhance this resource please contact the webmaster. I would be happy to correct or add additional information to flesh out this article as a service to everyone.

The photos in this article were taken with permission of Great Lakes Central.  When photographing observe all safety rules and notices of private property.